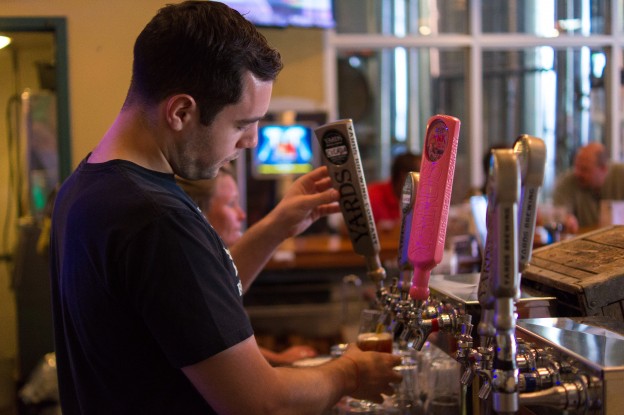 Fast-forward to the late 1980s. In California and Colorado, the independent brewing movement was gathering steam, starting to reverse decades of industry consolidation and decline. Not so in Philly. In fact, when Schmidt’s Brewery shut down in 1987, there wasn’t a single professional beer-making operation inside the city limits.

There were, however, hints of a comeback on the horizon. A few months after Schmidt’s folded, Ed and Carol Stoudt launched Stoudt’s Brewery in Adamstown, about an hour west of the city. In 1989, Sam Adams opened a brewpub in Center City, and Dock Street — which had been bottling from a facility in Bala Cynwyd — opened another brewpub near Logan Square.

Despite not having many local options to sate it, drinkers in Philly caught the alternative beer fever sweeping the nation. They swarmed author Michael Jackson at his annual Penn Museum symposium, and swallowed up as many big Belgians as publican Tom Peters could manage to import. In 1995, an event called the Philadelphia Craft Brew Festival drew 10,000 attendees to the Pa. Convention Center, though only a handful of the more than 200 different beers pouring weren’t from out of town.

One of the few Philly beers on offer was a cloudy, cask-conditioned, English-style bitter that took the festival by storm. 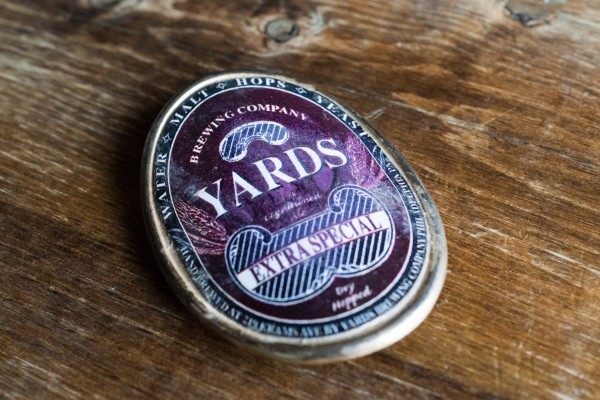 It was Yards ESA, the first offering from Tom Kehoe and Jon Bovit’s nascent brewery, which had started operations in a rowhouse in the Manayunk part of town just a few months before. It was a groundbreaking sip — if you hadn’t traveled to Europe and had a glass of hand-pumped ale in an English tavern, you’d never tasted anything like it. More than its flavor or appearance, though, what was notable was that bars all over the city began regularly stocking it on tap.

“We started doing beer dinners at places like Monk’s and London Grill and Brownie’s and Tavern on Green, and then everyone started expanding their draught lists,” Kehoe remembers, “People started upgrading from four-tap systems to 12-tap systems.”

The multiplying Yards taphandles marked a turning point. Over the next 18 months, the Delaware Valley experienced an independent production brewery boom.

Most of operations were outside the city, save for a now-defunct, IPO-financed operation called Independence Brewing Company, which began shipping from a Northeast Philadelphia brewhouse in April 1995. In August of that same year, Dan Weirback fired the first kettles at Easton, Pa.’s Weyerbacher., and in December, John Giannopoulos filled up fermenters in Phoenixville, Pa. to mark the start of Sly Fox. January 1996 saw Victory burst onto the scene with a 25-barrel brewhouse in Downingtown, Pa, adding to the local market a lager, a festbier and, as co-founder Bill Covaleski puts it, “something called HopDevil, which we thought was too bold to catch on.” That October, Gene Muller joined the fray with Flying Fish in Cherry Hill, N.J.

Notably, with the exception of Independence, these companies are all still flourishing. Victory is now the 35th largest brewer in the U.S., with a sister facility opened 2014 in Parkesburg that helps supply a footprint stretching across 37 states. Sly Fox also doubled down, opening a second brewhouse in Pottstown in 2012. In 2013, Flying Fish moved to a larger space in order to ramp up production, and Yards is on the cusp of relocating to allow for increased brewing capacity. 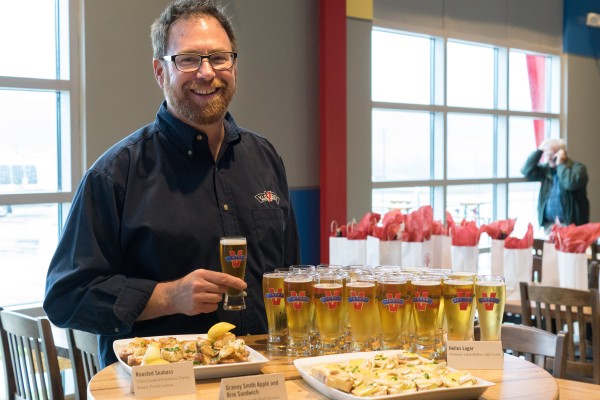 If this was the only local brewing Philly had to lean on, it wouldn’t be too shabby. But that’s far from the case — although it would take more than 15 years for the industry to really get its second wind.

Like other parts of the country, Philadelphia didn’t see much new brewery development in the 2000s, save for the steady advance of Delaware-based Iron Hill, which opened multiple neighborhood brewpubs in various suburbs across the region.

But as the decade drew to a close, there were glimmers of a rebound. Dock Street, which had been sold and subsequently shuttered, was repurchased by original owner Rosemarie Certo and relaunched as a West Philly brewpub in 2007. Another new brand that stemmed from a rebirth (of sorts) was Philadelphia Brewing Co., which officially began selling under that label in 2008 after owners Nancy and Billy Barton split from Kehoe’s Yards. Also in 2008, Earth Bread + Brewery introduced the Mt. Airy neighborhood to brick-oven pizza and housemade beer, and Philly Beer Week launched that year, too, bringing the city a multi-day festival that would be duplicated and copied around the world.

Then the millennium entered double digits, and things really began to cook.

In 2012 alone, at least eight upstarts swung into the suburban scene. There was Perkasie’s Free Will, and its collection of innovative sours. Croydon’s Neshaminy Creek, with its varied everyman lineup (including an IPA named after that regional slang favorite, “J.A.W.N”). Ambler’s Forest & Main, sending out wild-yeast ales from a system cobbled out of dairy equipment. Yardley’s Vault, a brewpub inside a former bank. Lansdale’s Round Guys. Kutztown’s Saucony Creek. A taproom and brewhouse for Prism in North Wales. And the launch of Tired Hands, Jean Broillet IV’s Ardmore brainstorm that had fans lining up outside for limited edition releases of its “strange and beautiful” beer.

A landscape awash in new labels begat an audience hungry for more. The next few of years brought lots of additional malt enterprise to the region: Barren Hill in Lafayette Hill, Other Farm in Boyerstown, Bucks County Brewery in Pipersville, Conshohocken Brewing in Conshy, Forgotten Boardwalk in Cherry Hill (in the former Flying Fish facility), Spellbound in Mt. Holly, Broken Goblet in Bristol, 2SP in Aston, Stable 12 in Phoenixville, Kennett in Kennett Square and even a malthouse itself — Deer Creek in Glen Mills, operating the region’s first maltings since Prohibition.

And then, as the environs around the city continued to buzz, something wonderful happened. Breweries began to open in Philadelphia proper again.

The urban renaissance kicked off with a whisper when tiny Do Good launched in 2013, with a simple mission to sell to bars in its immediate neighborhood of Port Richmond. In 2014, St. Benjamin opened its doors in the nearby Kensington section, and Center City got a jolt of ultralocal suds when 2nd Story rejiggered the former Triumph brewpub in Old City. Brewerytown finally lived up to its name again after the 2015 launch of Crime & Punishment, whose Slavic theme led to unique offerings like the Grod Inquisitor, a smoked wheat beer in the long-forgotten style of a Polish grodziskie. 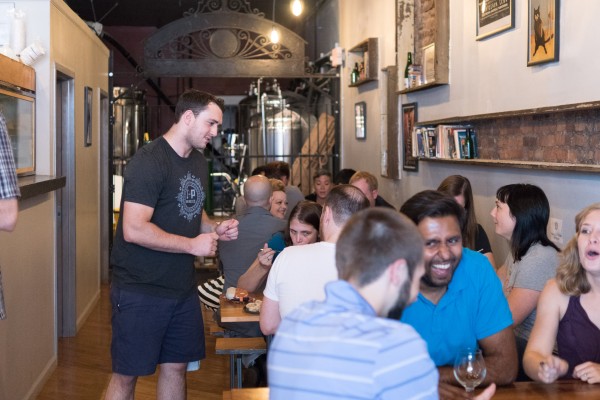 Which brings us to 2016, a year that might see the most in-city brewing development since that late-1800s surge.

If everything pans out, here’s what happens: The Earth Bread crew expands closer to downtown with Fairmount’s Bar Hygge (don’t ask how to pronounce it, but know that it’s a Danish word meaning “fun”). St. Benjamin’s launches a public taproom to complement its Kensington production facility. South Philly welcomes three newcomers, including Point Breeze Brewing, Brewery ARS and the relaunch of Nodding Head, formerly in Center City. There are also a slew of new suburban concerns in the works, plus some projects still bubbling under the radar, like the spot that doesn’t brew, but specializes in preparing barrel-aged releases.

So welcome back to Philadelphia, beermaking. We’ve missed you.