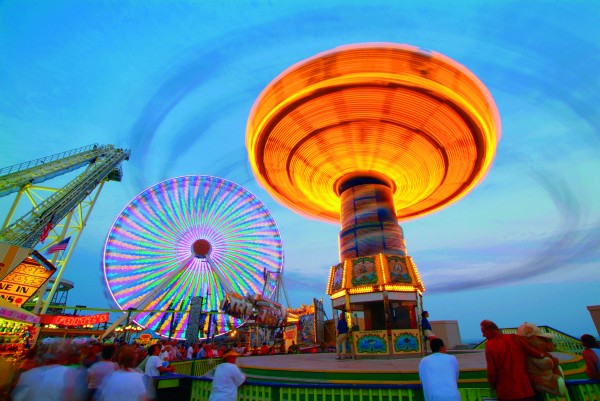 I remember when I realized the value of America’s military.

My parents, radical activists who came of age in the 1960s, raised me to abhor war. Whether or not they intended it, by the time I was a teenager, their anti-violence philosophies left me suspicious of the police and disdainful of anyone who voluntarily chose to join the military.

I knew very little about the armed services. My father had avoided the Vietnam War draft by donating his services as a VISTA lawyer (absconding to Canada was considered the alternative). Whether or not his own father had served in WWII I never knew — I have a vague feeling my great-uncle had, but it was rarely discussed.

On my mom’s side, what I knew was that my grandparents had very narrowly escaped Berlin, right before the Nazis clamped down and corralled all Jews into concentration camps. I was aware that the U.S. had helped bring down Hitler, but I somehow placed it all in the past, some fuzzy bygone era where fighting was necessary. War was bad, and those involved in it were bad, I was convinced. I went to “No Nukes!” rallies and shunned friends who enlisted.

Then I went to college and met my husband. Then I dropped out and learned more from him, and with him, than in any school I’ve ever attended. One of those lessons was the realization — epiphany, really — that a military was an essential part of society.

The idea first started to take hold on an early morning walk one hot summer day. As we strolled along, pondering the patterns in the sidewalk, I suddenly tensed when I saw police ahead of us. Why are you worried about them, my husband asked, are we doing anything wrong? Sure, cops sometimes (too often) get drunk on their own power, he continued, as I began to protest with stories from my parents’ careers as criminal justice lawyers, but in theory they’re there to help maintain order, to make sure regular people can live and love safely.

Over the next several months, we discussed bigger armed forces. I began to recognize that the freedom I took for granted — freedom to live wherever I wanted, to pursue whatever career I desired, to choose whether or not to practice religion, to criticize the politicians I disagreed with — was only available because others had fought for it. The fight started with the American Revolution, continued through the Civil War, and exploded to global scale during WWI and II. But it didn’t stop there.

I’d grown up thinking of patriotism as a cop-out, an act of kowtowing to the System. But what’s the alternative to the American democratic system?

“When you vote, you are exercising political authority, you’re using force. And force, my friends, is violence,” intones Michael Ironside’s character in Starship Troopers (which director Paul Verhoeven turned into a movie as a commentary on WWII). “The supreme authority from which all other authorities are derived.”

Humans have been exercising violence against one another since the dawn of society. Restricting that violence to organized armed forces run by democratically elected governments is the best case scenario, so far. We haven’t figured out anything better yet.

I’m not an all-out hawk or blind believer in force, by any means. I am worried by the CIA’s slippery definition of “torture” and the FBI’s increasing, tech-enabled surveillance of its own citizens.

But I am a believer in the experiment that is the United States of America. To keep it going, we need to maintain armed forces, which means we need people to staff them. I’m not doing it. Most of my family never did. But someone — many someones — do.

To those who’ve served in the past and still serve today: Thank you for your sacrifice. You fight for a better world.

2 thoughts on “How I learned to believe in Memorial Day”