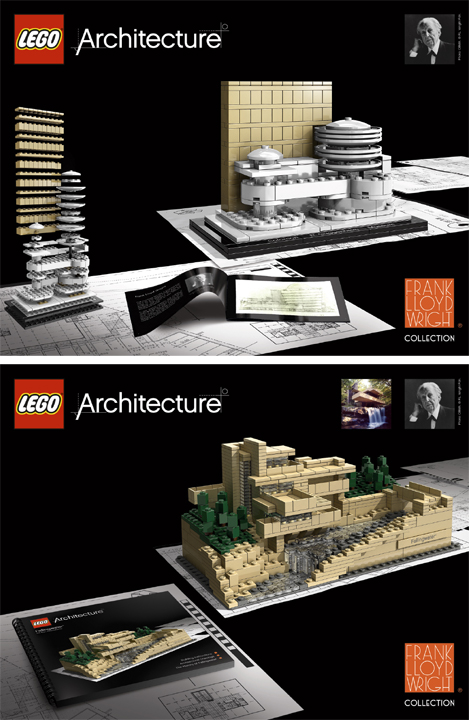 Legos rule. Let’s get that out of the way straight off. Hours of endless fun, for kids and (if you are so lucky as to be around a kid who has them) for adults.

Released on May 15 at the opening of the Frank Lloyd Wright exhibit at the Guggenheim, these are the first sets available from the new LEGO Architecture division (which is so new their website isn’t fleshed out yet).

Playing with legos as a kid, I always felt torn when building from “sets” — those boxes of bricks and special parts that could go together to create a specific structure (castle, helicopter, working tow truck, etc.). I kind of preferred building free-form instead.

But these new Wright sets, and presumably others in the Architecture series, really can teach the user about good architecture! And because of the beautiful way legos are designed — with uniformity in the interlocking parts — nothing says you can’t also use these sets in free-form manner.

A great direction for this iconic toy company.