It’s 8 AM, and I’m standing in front of what looks like a mix between a celebrity transport and a secret-ops van — matte black with tinted windows and indistinct silver trim — waiting to go drink beer. More accurately, continue drinking beer, since the day before I’d spent on the event floor of the Great American Beer Festival, hopping from tasting table to tasting table with 40,000 other beer fans.

Glancing around, I see one person I know slightly and several I don’t know at all. By evening, I’ll feel like I’d known them all for years.

Ed Yashinksy, the Troegs manager who appears to be somewhat in charge, herds all dozen of us onto the black bus and gives the driver the okay. We’re off, pulling out of Denver on our way to spend the day in the nearby brewery mecca of Fort Collins. It’s 8:30 AM.

“Ready for liquid refreshments?” someone yells, and coffee is swapped for cans of breakfast beer in hands all down the facing benches.

The before pic. Happy but reserved.

Odell Brewing is the first stop, and it’s an hour away down a relatively boring highway (the Rockies are there, in the distance, but you need to duck down and strain to see them), so attention shifts to getting to know each other.

From Troegs, there’s Jason, Andrew, Terri, Christa, Mike and Ed. Sly Fox has both Corey and Patrick on board. Tim is representing Yards, since Tom couldn’t abdicate his official GABF judging duties (I think I maybe got his seat, thanks, Tom!). We also have Greg along as a kind of local guide — he’s a former Philadelphia brewer who decamped for the open-air Colorado life and now works at Lone Tree Brewing.

Before 10 AM, we arrive at Odell, where they are expecting us. It’s before normal opening time, but Odell has made special arrangements for our group to come in early. We all get gold “Brewers Level” bracelets and start the tour. 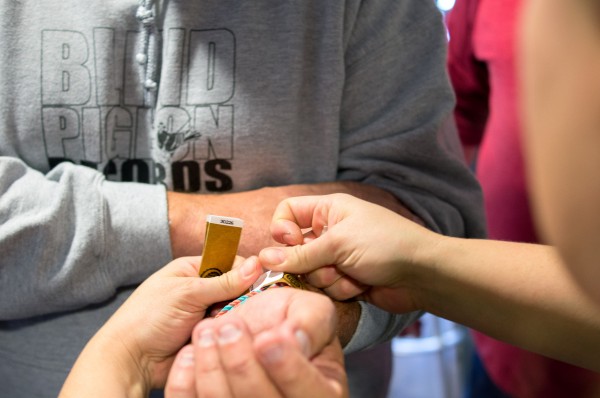 Odell just finished an expansion, and their main brewhouse is gorgeous. High ceilings covered with blonde wood planks end in a high pointed peak, and the room below is full of gleaming brew kettles and tanks. 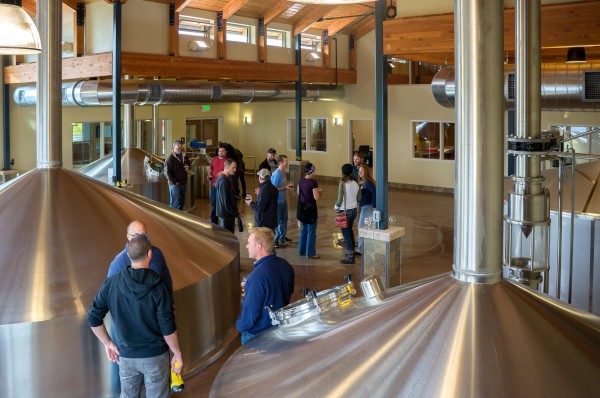 The new brewery at Odell is fully automated, built by the same company that did Troegs’ Hershey facility, and Ed talks with his Colorado counterpart about the merits of the system. 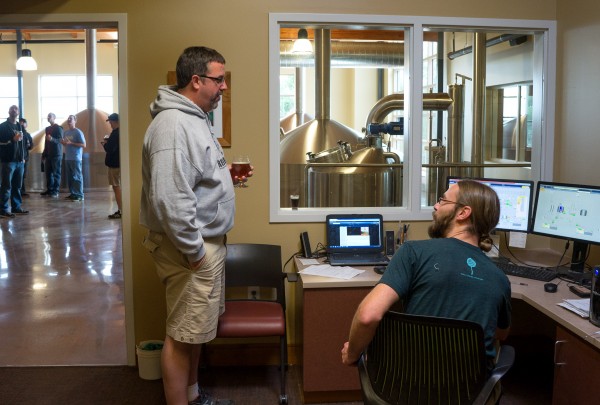 We continue the tour, heading down below the suspended kettles to see where they end. Patrick catches me hanging back to snap photos. 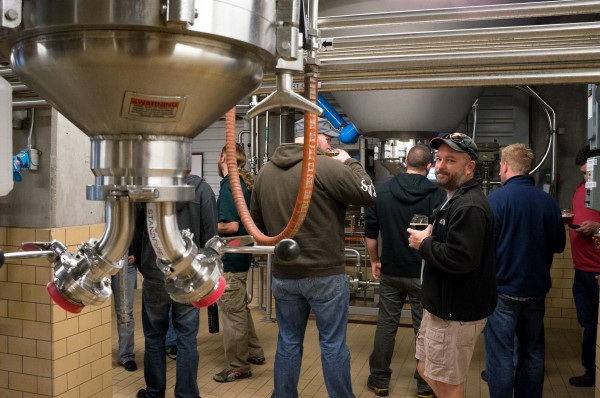 We walk through the packaging facilty, where an automated keg-washer makes many of the brewers in our group jealous. 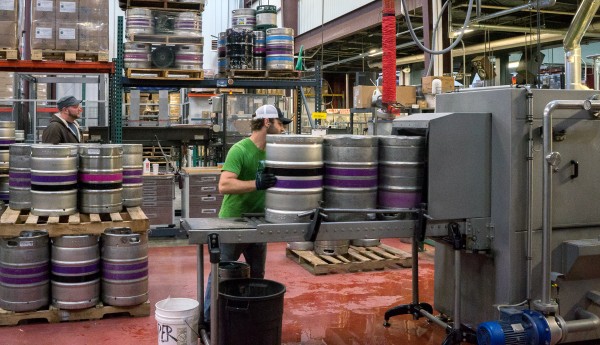 IPA is being bottled as we walk by. 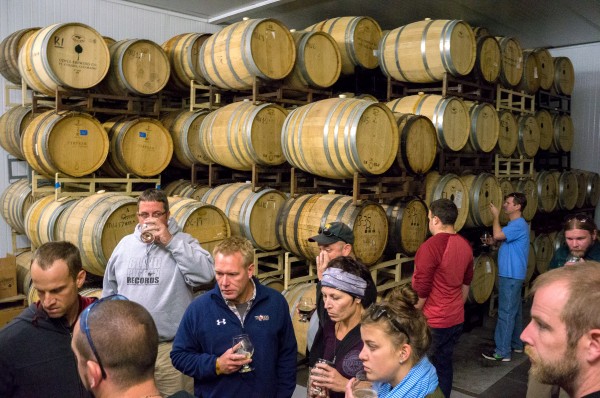 We all ooh and ahh over the Freik. It’s a blend of sour lambics that are barrel-aged and then blended with fresh raspberries just before bottling.

After the barrel room we head back to the tasting bar. Odell Fernet Aged Porter is available via both regular and nitro tap, so of course I have to compare the two. Aside from the obvious visual difference in bubble size, the nitro-poured version is sharper, with more pronounced flavors.

By this point, we’re starting to feel happy. 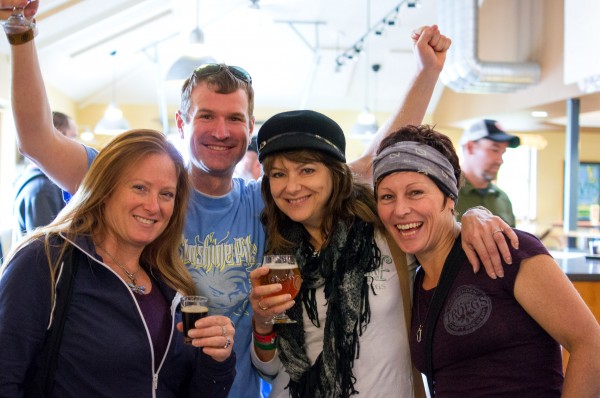 Odell has a pretty cool backyard/terrace thing, where food trucks gather. The food trucks aren’t there today, but it’s okay because we aren’t planning to eat here. 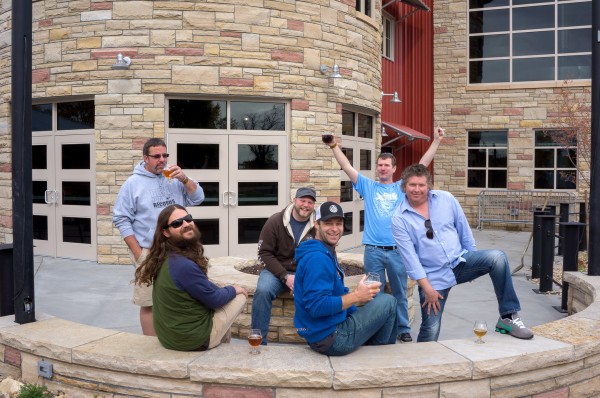 Back into the bus we go, to drive half a mile to New Belgium Brewing. The brewery is already packed with GABF crowds, but I find time to sample the Yuzu Imperial Berliner Weisse. 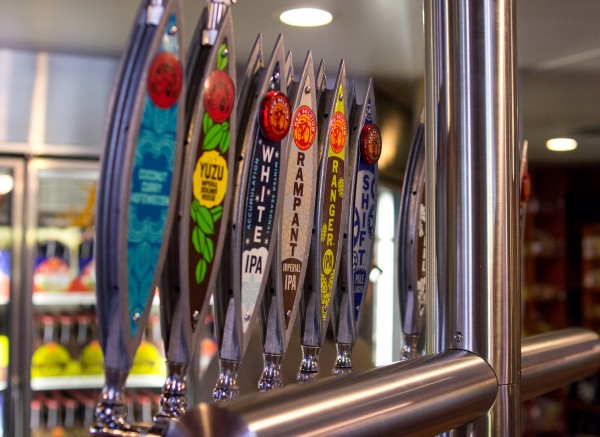 I don’t even opt to tour the brewery here, but there are plenty of cool displays out front, like the 3D collage promoting Shift lager, which includes a Remington Travel-Riter. 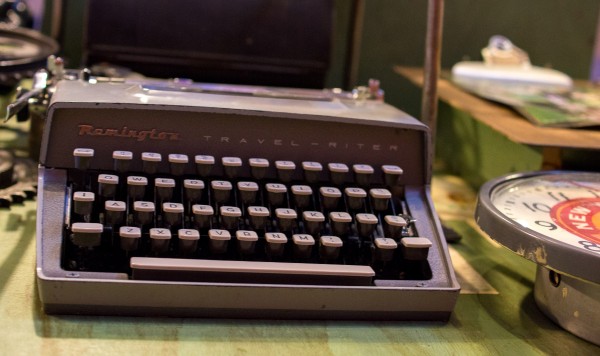 There’s also a cool New Belgium Airstream out back. 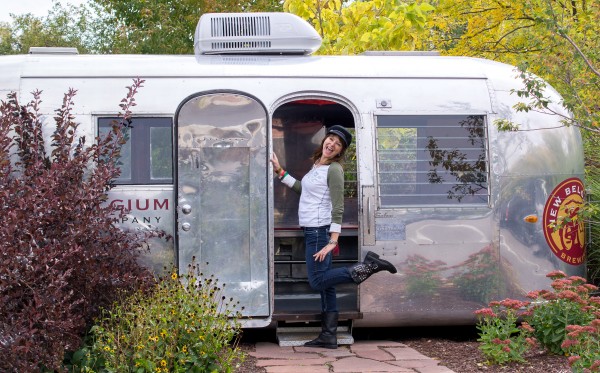 We are all in desperate need of lunch, which we find at Equinox Brewing, about a mile down the road. Jason is a good storyteller, we discover.

We may or may not stop at Black Bottle Brewing, but if we do, I don’t take any photos. Then it’s back on the bus to make it back to Denver for the end of the Friday session of GABF. We settle in with another round of cans. 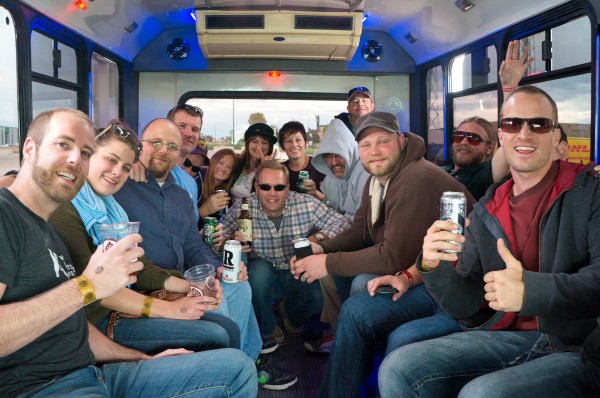 The after pic. Holding it together pretty well, all things considered.

I pull out my Philly Beer Week Hammer of Glory keychain to show off (and open some bottles). It’s passed around from hand to hand. 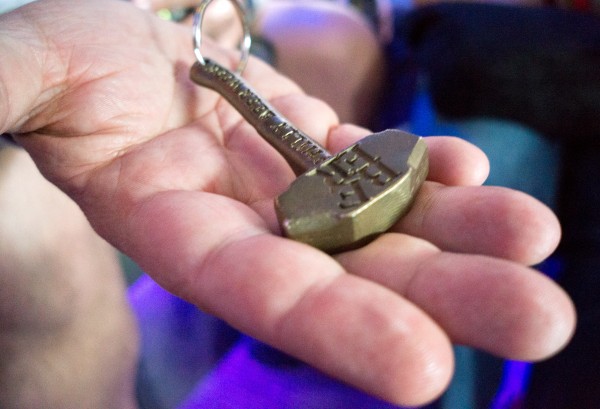 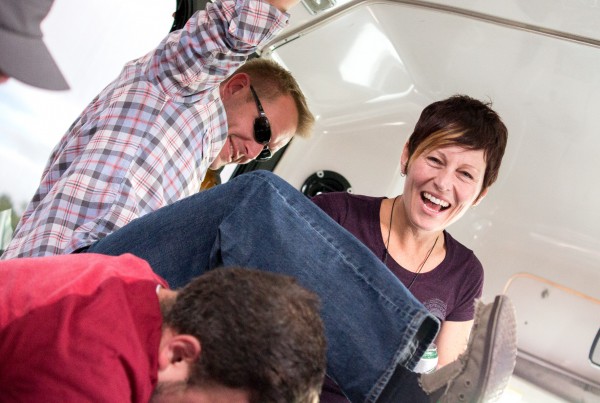 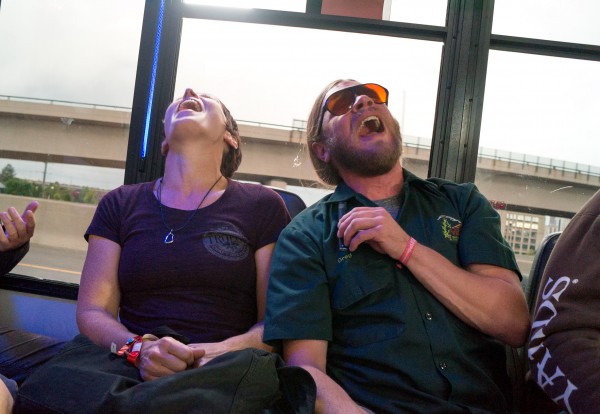 I’m really not showing it all here because… what happens on the GABF Fort Collins bus tour stays on the bus tour. Until next year!