Last night, at the Philly Tech Week 2013 preview event, I got to meet Zora Ball. You might have heard of her — earlier this year she recently set a world record for being the youngest person ever to create a mobile video game app.

Zora is in first grade at the Harambee Institute in West Philly, one of Philadelphia’s first and most-successful charter schools. Using Bootstrap, she coded a basic video game: a character (in this case a girl in a ballet outfit) moves up and down around her bedroom, trying to avoid being hit by objects sliding left-to-right across the scene. We saw a demo; it’s nothing fancy, but collision avoidance is the basis of nearly every action game there is. 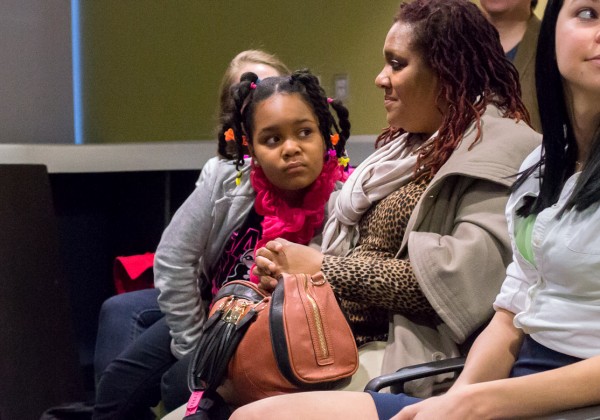 We were shown her source code, too, although we didn’t get to watch her reproduce it, as she had done at the UPenn Bootstrap Expo — she was understandably too involved in burying her face in her mother’s embrace, scared to tears by the 150 eager adults watching in the audience.

I vaguely remember when the national news stories about Zora popped up, but it didn’t really register. Nothing makes the awesome reality of a young, black girl who loves and is good at computer science impress as much as seeing her live, in person.

Starting the day inspired by a seven year old.