It’s easy to buy Twitter followers — you can get them for as little as a penny each. We have friends who’ve done it. For brands, it can make a big difference in perceived credibility. But if you’re going to do it, don’t make it obvious.

We came across an account today (set up by someone we have met) that shows what it looks like when you pay to look cool, but end up coming off as a fool.

It’s clearly a new account. And yet it has a whopping 2,333 followers while following only 10 others. Unless you’re a movie star, pop star, sports star or robot rover on another planet, that’s a highly unlikely ratio for a just-started account to have. 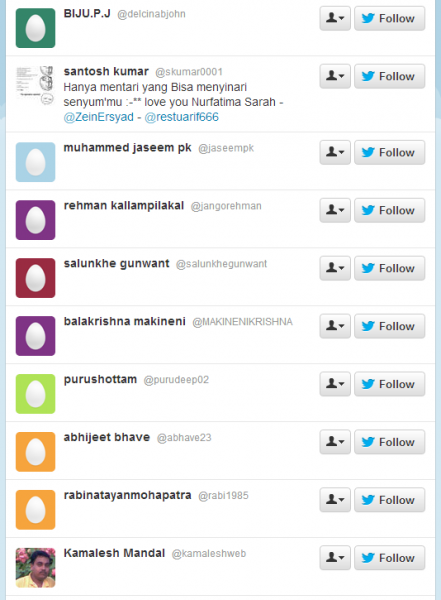 When you scroll through the followers, it becomes obvious they were purchased in bulk. What do bulk followers look like?

If you’re going to cheat, why be sloppy about it? Buy followers a few at a time, at least, 200 one week, 200 the next. Or go follow a few more accounts so the ratio doesn’t look so lopsided as to be unbelievable.