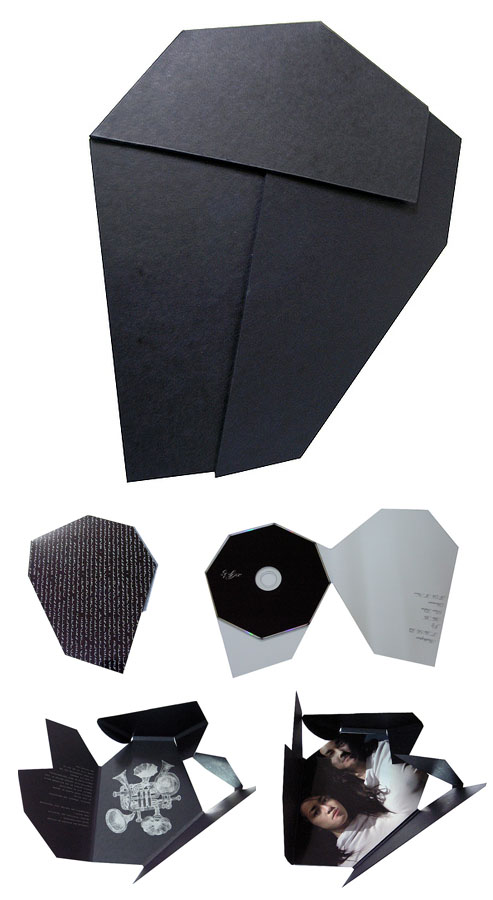 SoiSong is the new music outlet for Peter Christopherson, formerly of Coil (which he founded with the now-deceased John Balance).

Brainwashed has an interview from 2008 where “Sleazy” discusses his decision to collaborate on music again, this time with Ivan Pavlov.

Maybe the most exciting thing about SoiSong is the design of their xAj3z album release.

The die cut octagonal CD (it will only play in horizontal trays, not vertical computer-slot-players) is encased in an oragami-like, biodegradable case, on which is printed imagery and artwork.

Very attractive, and probably worth the € 22 as an objet d’art.

Their landing page for their website is not badly designed, either. (If you’re going for cryptic minimalist, which they are!)

Like little four-sided theramins, these electronic blocks from Percussa in Brussels can be used to create and control music. 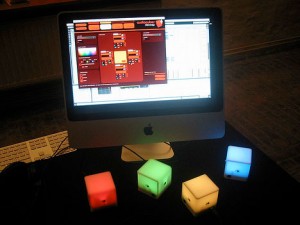 They are networked and scalable, and can sense not only the position of your hand around them, but their proximaty and position relative to other cubes nearby.

They’ve been demoed and used in performance already by several musical artists.