The first mini-farthing bicycle has made its way to market.

The YikeBike is an electronic powered transportation device that folds up to fit in a backpack. 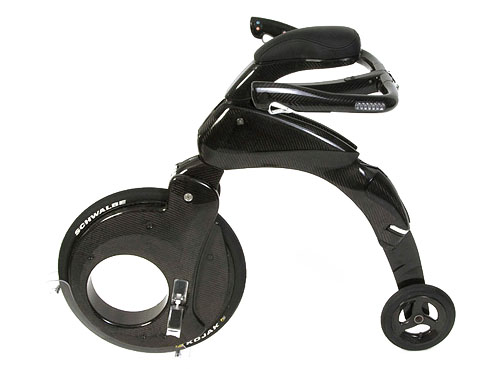 Weighing less than 22lbs (10kg), it’s designed to go wherever bicycles do, plus some. Fold it, pick it up and hop on a bus, or even into a taxi.

YikeBikes can handle short curbs and bumps and have a tight turning radius. 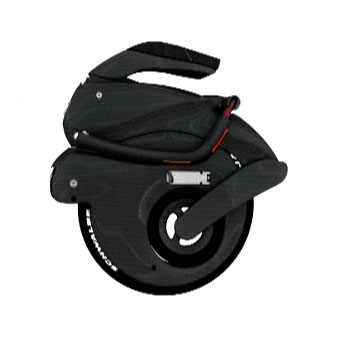 You sit upright, and grasp the handlebars by your sides, instead of leaning forward.

Combined with the anti-skid brakes and speed that is electronically restricted to around 12mph (20kph), YikeBikes claims this makes for a much safer ride.

Overall design is based on the penny-farthings, the Victorian hi-wheels that were the first actually efficient bicycles.

The YikeBike is motor-powered only, but the New Zealand-based company is looking for others to license designs to create a pedal-assist version, as well as a small size meant for kids.

They also postulate about future mini-farthing highways: light suspended roadways traversing a city; a kind of private public transit system, where the bikes could be freed to go much faster.

Hey, it’s good to dream. All in all, sounds better and more flexible than the Segway, and much better than Mr. Garrison’s IT.

[Via print edition of Time Magazine. I knew print was good for something.]

One thought on “Yikes!”