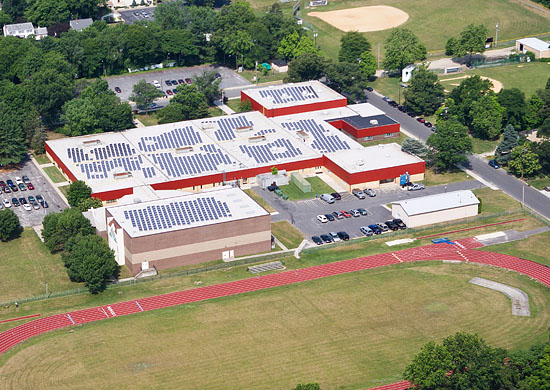 We recently had the opportunity to do an aerial photo shoot for Vanguard Energy Partners, a New Jersey-based company that manufactures and installs solar electric systems.

Among the subjects we photographed were:

A home, a farm, a high school, a municipal EMS building, a bank, a shopping mall, a courthouse, a warehouse and even a federal prison.

We also saw several other examples along the way. 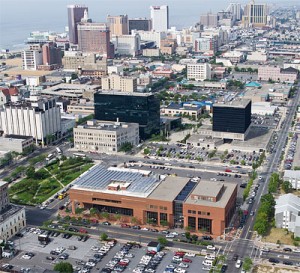 Photo-voltaic cells are arranged in solar panels that live on rooftops and are connected to the structure’s main electrical panel.

Energy is produced when the sun shines down and is converted into alternating current that is fed into the building’s power supply.

Solar panels are not new, but installation and use of these systems is on the rise around the world.

Germany leads the pack in wattage produced per capita, which is three times the number for Japan, and more than 15 times the per capita amount in the US.

Not only is this the most environmentally friendly way to produce electricity for a home or facility, it’s

You can even earn rebates on utility bills when any excess energy is produced — it’s sent back out into the main power grid. Federal and state tax credits help offset the initial cost of installation.

Seeing these installations all over the place — on all kinds of structures — was refreshing.

All of our energy comes originally from the sun, but solar panels allow us to capture it without a lot of polluting and wasteful intermediary steps.