Diesel’s new watch design kicked up a bit of a kerfluffle, what with it’s completely smooth black stainless steel face. 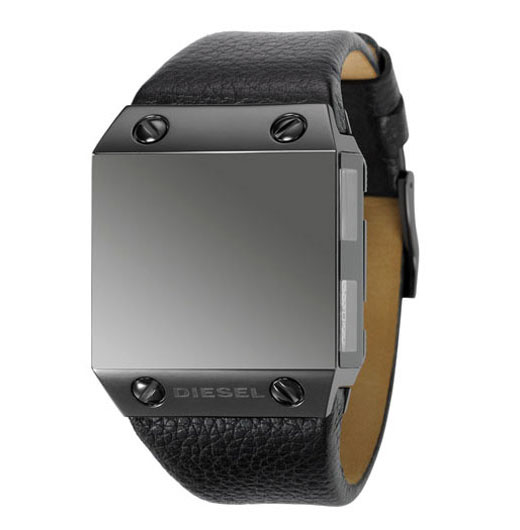 Detractors decried the watch as style winning over functionality, a sentiment on whose side I usually come down. Even those who like the way it looks talked about how it was not very useful. 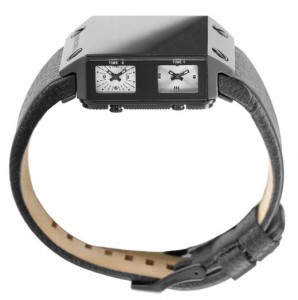 But the DZ9044 does have four watch faces, actually, two small squares on each side of the main slab. They can be set to separate times, showing up to four time zones.

What the physical design does allow, however, is glances at your watch without the signature wrist twitch that lets others around you know you’re checking. At a boring meeting, for example, or just during a conversation on the street.

It also most likely does not cause the annoying reflection that can shine in others’ eyes when you’re wearing the watch in the sun.

For $400, I’d be buying my man something different, though.