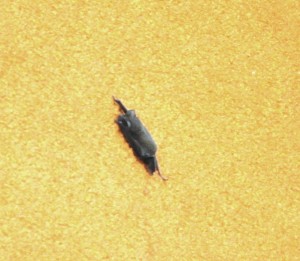 Tangentially design related, but a follow up to my previous post about the International Space Station: Apparently a free-tailed bat was a stowaway on the fuel tank of the Discovery shuttle mission that made the recent delivery to the ISS.

It held on as rocket boosters fired and held on as the shuttle headed up above the launch tower. It is thought to have eventually been shaken off and incinerated. (A bat expert who inspected the pics after the fact postulated that it had a broken wing, and so couldn’t fly away sooner.)

After the bat was discovered during pre-flight walkthroughs, shuttle engineering did debris analysis on him and ultimately a waiver was written to accept the stowaway and allow the launch to continue as planned.

This was reported on the news at the time but I missed it. Aww. Poor bat. But great that the sensors and monitoring of the shuttle takeoff can notice such a miniscule thing. Can’t wait for 2001-like space flights. I hope in my lifetime. I hope. 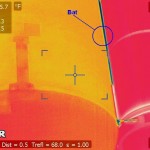